"The Tennessee Titans will acquire receiver Julio Jones in a trade with the Atlanta Falcons, the Falcons confirmed Sunday.

"The Falcons have agreed on terms of a trade that will send the seven-time Pro Bowler to the Tennessee Titans for a compensation package that includes a 2022 second-round NFL Draft pick, ending weeks of speculation about whether Jones would remain with the team that drafted him in 2011. All told, the Falcons will get a second-round pick next year and a 2023 fourth-round pick for Jones and a sixth-round pick in 2023.

"In addition to the high draft pick and the 2023 selection, Sunday's trade comes after June 1, which changes the transaction's impact on the Falcons salary cap. It creates substantial 2021 salary-cap space and splits his cap hit to give the Falcons welcome relief over multiple seasons."


Ian Rapoport of NFL Network was first to report the agreement.

Jones requested a trade earlier in the offseason, and the team agreed to listen to offers, per Rapoport. He later told Shannon Sharpe on Undisputed that he planned to leave the team.

A deal was virtually impossible until June 1 because of the salary cap, but the Falcons will now save $15.3 million against the 2021 after the trade, per Spotrac. The player initially had a $23.05 million cap hit for the first season of his three-year extension, which ran through 2023.

Jones could seek a new deal with the Titans after his move, as Mike Florio of ProFootballTalk previously reported.

The 32-year-old is coming off a disappointing season in which hamstring injuries limited him to just nine games. He finished 2020 with 51 catches for 771 receiving yards and three touchdowns, all his worst totals since his injury-filled 2013 campaign.

Despite the missed time, the superstar still finished seventh in the NFL with 85.7 receiving yards per game, while his 11.3 yards per target represented a career high.

Jones remains one of the top players in the league at his position when healthy, which he has proved throughout a career that includes seven Pro Bowl selections. He had at least 80 catches and 1,300 yards in each year from 2014-19, averaging 104 receptions for 1,565 yards in this span.

An average of 95.5 receiving yards per game is easily the best in NFL history, almost 20 yards better than Jerry Rice.

Jones will try to keep it going with the Titans, which adds an elite weapon to a passing attack that ranked 23rd in the NFL last season. A.J. Brown returns coming off a big year, but the unit was likely to take a step back after losing Corey Davis and Jonnu Smith to free agency.

Even if this is a run-heavy offense, Jones' addition could provide a lot of help to quarterback Ryan Tannehill while creating some much-needed balance. The move could also bring Jones closer to contention after he went the past three years without a playoff appearance.

Atlanta finished 4-12 last season and is now even further from the playoffs after trading one of the top players on the roster. The move will at least save cash and create flexibility going forward, as well as adding valuable assets to turn things around.

The Falcons already have a replacement at receiver ready to go in Calvin Ridley, who set a career high with 1,374 receiving yards last year. Tight end Kyle Pitts also has a chance to make an early impact after going No. 4 overall in the draft, while Russell Gage and Hayden Hurst will also take on bigger roles in the passing attack. 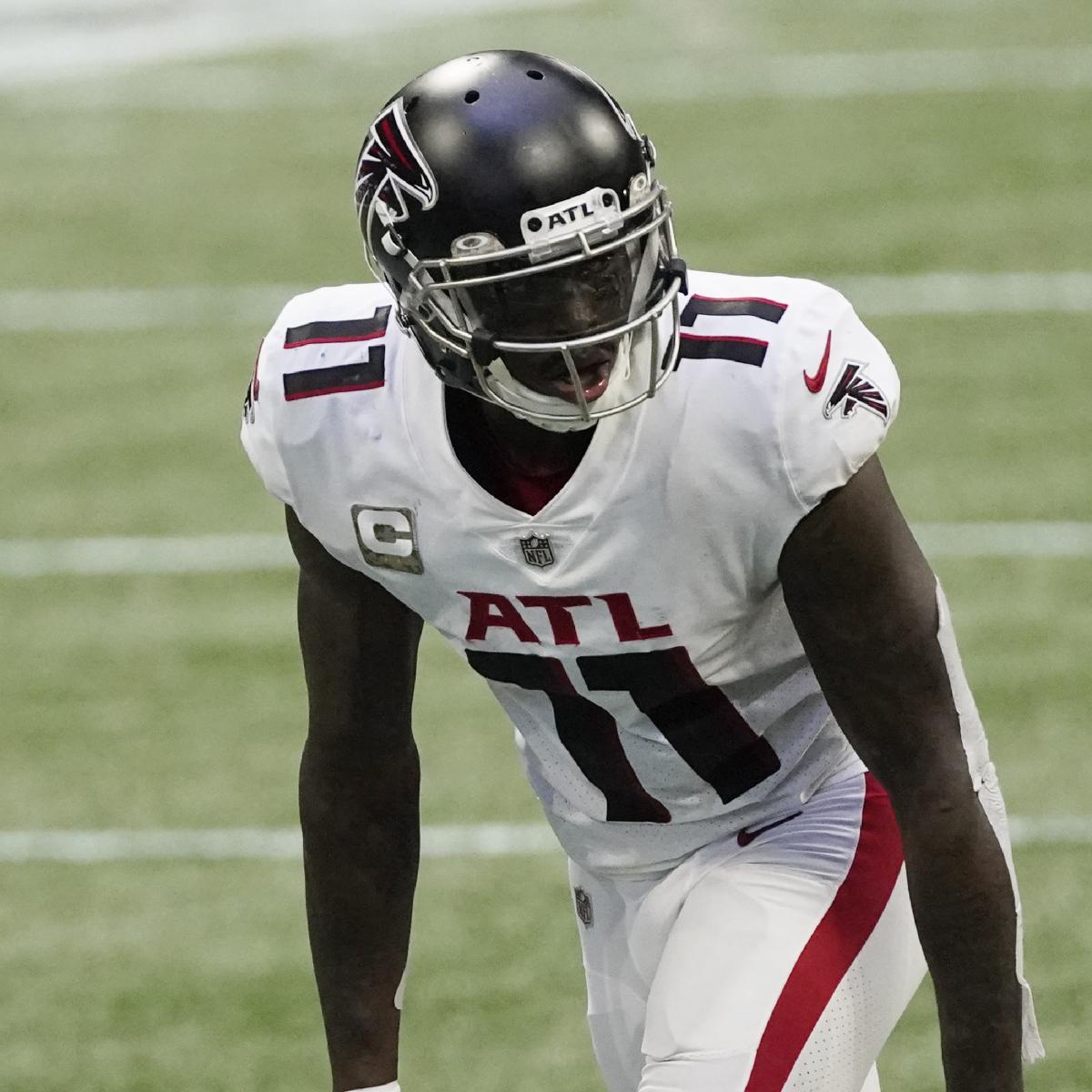 The Tennessee Titans will acquire receiver Julio Jones in a trade with the Atlanta Falcons, the Falcons confirmed Sunday... 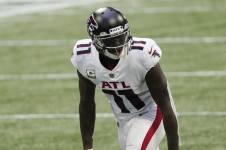 Staff member
Jones's spectacular fourth-quarter catch in Super Bowl LI should have sealed the victory for the Atlanta Falcons over the New England Patriots.

The Falcons never recovered from the gag job.

I know the Falcons have missed the postseason each of the last three seasons.

Staff member
The Falcons are 28-36 in regular season games since blowing a 25-point lead in Super Bowl LI.
V

Atlanta got 10 good years out of Jones. Jones still was productive last year, WHEN he played. But we know in that league, guys can get old in a hurry.

John Kelly said:
The Falcons are 28-36 in regular season games since blowing a 25-point lead in Super Bowl LI.
Click to expand...

32 year old wide out with a history of injuries....Yikes!

Couldn't get open when it mattered most in the playoff loss to Eagles in closing seconds.

Valuist said:
Atlanta got 10 good years out of Jones. Jones still was productive last year, WHEN he played. But we know in that league, guys can get old in a hurry.
Click to expand...

The nice thing for him is he doesn’t have to be The Man now. He should feast on #2 cover guys.

Smart move by the Falcons, getting picks and not having to retain any salary on a guy who's getting paid top of the league salary while he's probably been passed by 10 younger guys in terms of contribution. Add in the injury risk and he might be worth less. Ridley is a superstar in the making and this deal clears up targets for Pitts as well. While the Falcons could certainly use him this season, the other factors make this a really good deal for them. Its sort of the Bellicheck method of trading a guy away just as he's either about to get paid more than he's worth or his skills are about to decline. Might be both in this case.
B

Atlanta Got What They Wanted.

A Team To Eat All of His Remaining Salary. 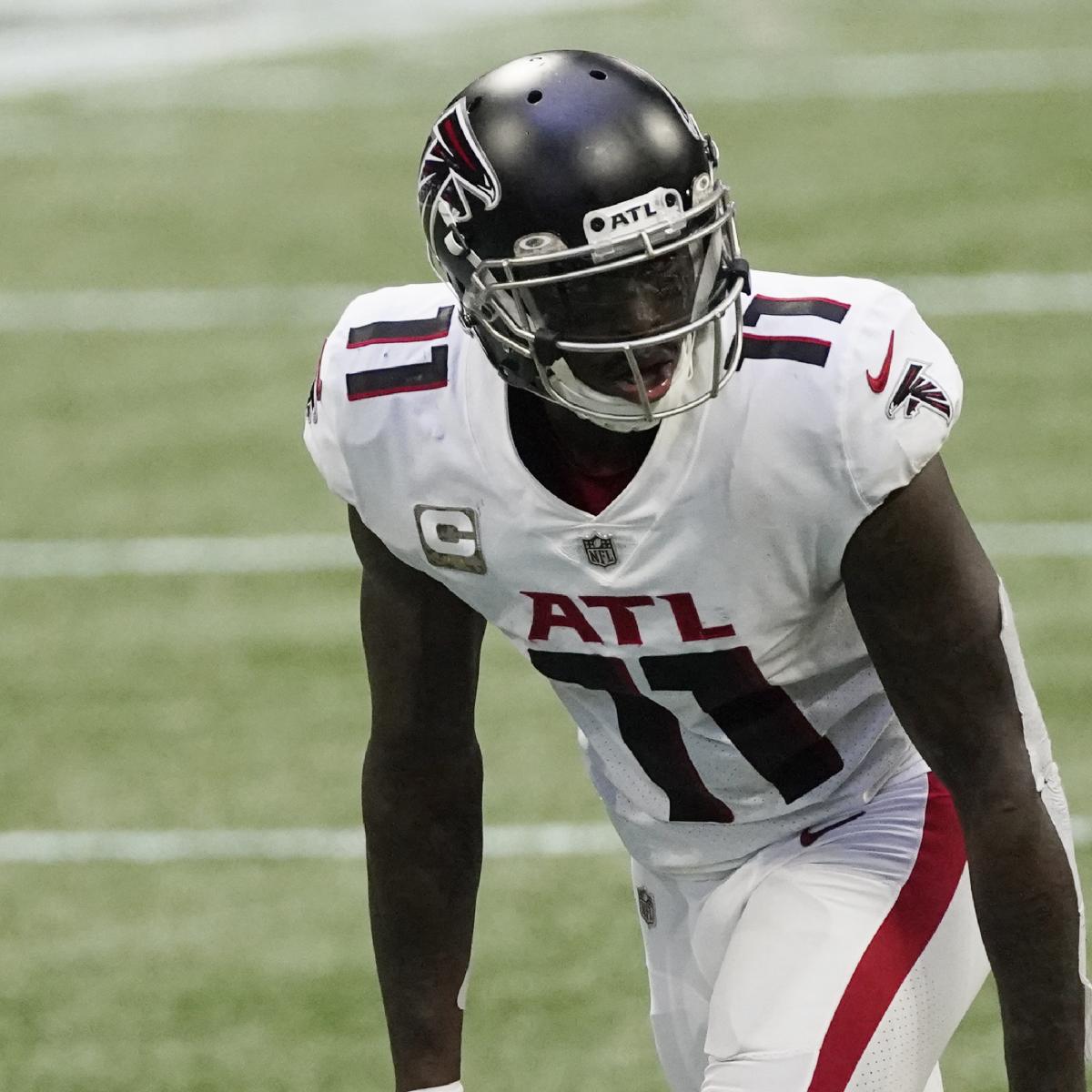 It's not all that often that a June trade shakes up the balance of power in a conference. But such a trade took place over the weekend...

boston massacre said:
Atlanta Got What They Wanted.

A Team To Eat All of His Remaining Salary.