Temple University only a mile from the shootout.

#3
Outstanding coverage on the Bushay Box from the Philly channels.

#4
story is getting boring, they all survived
B

#5
There's a report on CNN, stating that the Active Shooter is Trump.

#6
We need some good California highway chases. Those rarely disappoint.

#7
so i post about it and everyone would wanna hear it from this racist fuck.........ok railfraud kill yourself punk 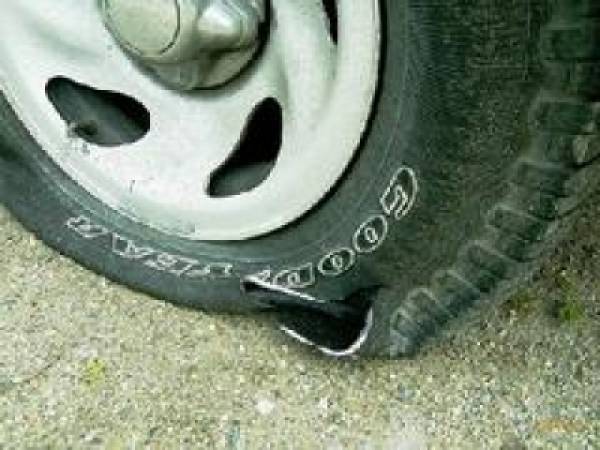 Got ‘scared’ after car’s tires were slashed (originally published 5/21/2012)
EOG.com general manager John Kelly has agreed to pay back more than $16,000 he has owed another gambler for more than seven years, Gambling911.com can reveal in an exclusive report!
After repeatedly denying he owed anyone any money, Kelly has agreed to pay a gambler/radio co-host who uses the on-air moniker "Bettor Bob" the amount of $1,000 per month until the $16,840 debt is repaid.
Kelly, who is also a sports handicapper and radio host in Las Vegas, told "Bettor Bob" that ever since the debt became public, he has received death threats and the tires on his car were slashed.
The debt, which involves baseball bets gone bad, first became public two weeks ago when a Los Angeles radio host, Roger Stein, revealed on his show that Kelly owed "Bettor Bob" the money for a seven-year-old gambling debt, announcing on air: "John Kelly don't pay his bills too good."
"Bettor Bob," a professional gambler who lives in Las Vegas also, co-hosts "The Roger Stein Show" with Stein.
Stein's comments likely would have dissipated into the netherworld of radio chatter and never been thought of again save for the fact that Gambling911.com heard the broadcast and reported on the remarks, giving them national and international attention.
Gambling911.com followed up with a story about Kelly's initial, brief denial of the debt ("I plead not guilty") on the EOG.com posting forum, and then another story featuring exclusive interviews with Stein and "Bettor Bob" that gave more detail to the controversy (Stein called Kelly a "scumbag").
After Gambling911.com story about the interviews ran, Kelly posted another, longer denial on the EOG.com Forum, threatening legal action against Stein.

"We live in a reputation economy," Kelly posted on EOG.com Friday. "For this reason, I'm responding to the blatantly false allegations lodged by Roger Stein against my name and character. Contrary to Stein's claims, I do not owe my one-time betting partner 'Bettor Bob' any money from gambling debts or business loans. If Stein continues to invoke my name in the hopes of collecting outstanding debts from other gamblers, he will face a defamation lawsuit aimed at recovering monetary damages.
"I'm deeply disappointed in Roger Stein for jumping to conclusions, spreading rumors and, worst of all, inciting violence when he authored the following statement: 'John Kelly should not be allowed to walk the face of this Earth.' I briefly considered a counter-attack on my accuser's credibility, but upon further review, I discovered Stein's reputation bottomed out years ago."
Sunday night, Stein told Gambling911.com: "John Kelly has called 'Bettor Bob' and told him he'll start paying back the money he owes, at the rate of $1,000 a month. Kelly sounded scared. He told 'Bettor Bob' that he'd received death threats since the debt became public and that the tires on his car were slashed. Saying you'll pay and actually paying are two different things, however. We'll see what happens."
So as Kelly is posting on EOG.com that the debt allegations against him are "blatantly false," he's nevertheless making arrangements to pay off that "blatantly false" debt.
A famous TV ad for Las Vegas states: "What happens here, stays here."
Apparently that doesn't apply to Irish deadbeats who welsh on their gambling debts.
By Tom Somach

#11
Get it right Railfraud......;LATEST: Philadelphia Police commissioner says gunman continues to fire at officers; at this point, all 6 officers struck by gunfire are expected to survive -

Staff member
#14
slyone66 said:
john kelly is mad because i post his scumbag cronnies plays daily
Click to expand...
Tried to merge your thread with Rail's thread and I somehow locked your thread.

Staff member
#15
slyone66 said:
john kelly is mad because i post his scumbag cronnies plays daily
Click to expand...
Not the case, Sly.

#18
slyone66 said:
maybe railfraud will post his play, hey matt your a bitch......
Click to expand...
my thread has better ratings than your thread, dont get jealous, get better

#19
CALIFORNIA — Police were on the scene of a shooting in South Los Angeles Wednesday evening.
Deputies with the Los Angeles County Sheriff’s Department say ‘multiple people’ were wounded when gunfire broke out near Central Avenue and 68th Street, KABC reported.

A motive or condition of the victims was not known.

#21
railbird said:
story is getting boring, they all survived
Click to expand...
I guess that's the "character" Railbird talking, and Not Matt Hatfield, right JK?

#22
TheGuesser said:
I guess that's the "character" Railbird talking, and Not Matt Hatfield, right JK?
Click to expand...
I’m very confident in saying the line between RB and Matt is very blurred.
V

#23
Since the MSM won't publish a picture of the Philly shooter, here it is

#24
Wonder if he was Trump -Inspired?