Murphy’s Best said:
Who did James have in the Super Bowl?
Click to expand...

From reading his articles, it appears he doesn't go on record with any selections.

Instead, he recaps classic winning wagers of the past -- like the Mayweather-McGregor fight or World Baseball Classic results -- to prove his sports betting chops.

After all, he's Jeopardy James.

He probably theorizes: "Why kill the gig with a losing record during the NFL playoffs or March Madness?"

Ok… did he turn tout trying to turn his Jeopardy run into another income stream? Thanks JK

John Kelly said:
How's the hockey coverage in The Athletic?

I've been a subscriber for the past three or four years.

He has posted a total of nine articles, but has gone silent since Super Bowl Sunday.

There is no better hockey coverage than what you read in the Athletic. They went out and stole/paid every quality journalist but a few from both Canada and the USA. The only guys that didn't join were journalists with an already gravy gig.

Draft coverage, playoffs, fancy stats, fantasy info, beat writers...that's the first place you want to check other than Twitter for info. Player reports cards, trade analysis, young prospects from the European countries....everything is top-notch. The Podcasts are good too. Can't recommend highly enough for hockey coverage. I believe the money that initially backed The Athletic, targeted James Mirtle, a very well-respected Canadian journalist and they gave James the reigns to build the best PAY sports publication. Once the hockey branch was established and on its way, they branched out to the other sports with the same type of game plan. When the major publications all started losing money because of the internet, they were one of the first to put up a paywall and charge and the only way it was going to succeed was by recruiting the best journalist to join the team. They did things right and it paid off.

I’ll second the hockey coverage in The Athletic. 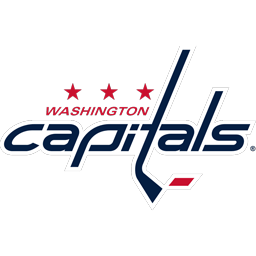 FairWarning said:
No idea how the Canadian teams survive.
Click to expand...

3. railbird on the jumbotron.
T

NBA attendance down because the stars take off every 3rd game. Can you imagine buying a ticket to see a Laker's game on the road and you're a LeBron fan & he sits out due to load management?

lebron is a radical racist, he hates white people, does not want to play for them
M

a lot of free tickets given out to people from companies. If they had to pay themselves probably would not go.
B

Only 1 Player Used His Testicles.