PHOTOS REVEALED: GRANDMA HILLARY CONQUERS THE STAIRS...
Click to expand...
Anyone with a 1/2 brain can see she is helping 2 secret service agents up the stairs according to most media....
K

http://dailycaller.com/2016/07/13/new-ties-emerge-between-clinton-and-mysterious-islamic-cleric/
Click to expand...
The dailycaller? Bahahahahahahahahahhahahahahahahahahaha, you guys will literally believe anything you read, I find it quite humorous, and sad, at the same time
C

They're now saying that the execution of an Iranian nuclear scientist was a result of the witches doing with the email and server, guess they might be able to add to this list soon as it's confirmed.
H

Donald J. Trump ‏@realDonaldTrump 1h1 hour ago
Many people are saying that the Iranians killed the scientist who helped the U.S. because of Hillary Clinton's hacked emails. 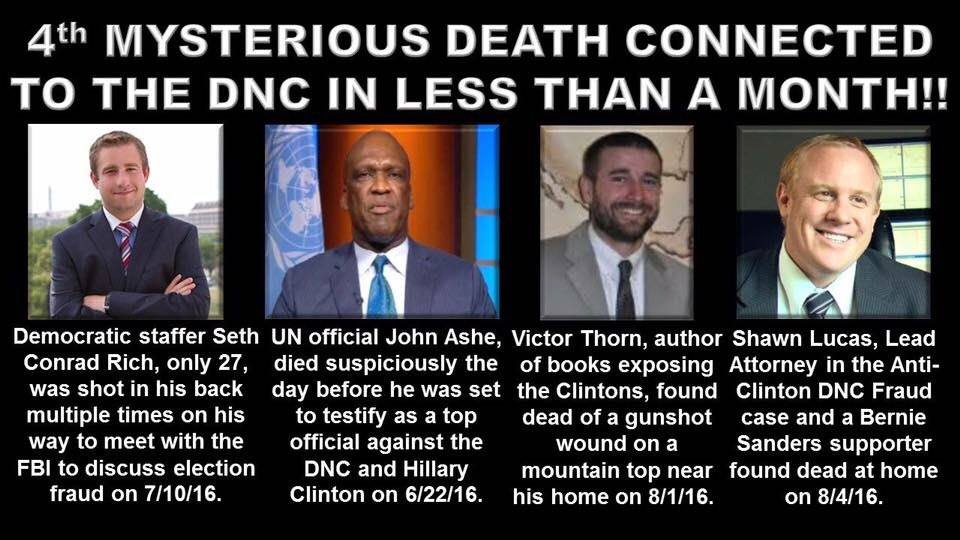 Howid, you got your tin foil hat on?
K

I googled Seth Conrad Rich. It took me five seconds to uncover the truth.http://www.snopes.com/seth-conrad-rich/
K

"A conspiracy site latched on to the tragic murder of young DNC staffer Seth Rich to spread false information about his killing." I said it before, I'll say it again, the Trumpsters will literally believe anything the right wing media feeds them, anything. No need to check the facts, if a right wing smear site said it, it must be true.
H

kane said:
I googled Seth Conrad Rich. It took me five seconds to uncover the truth.http://www.snopes.com/seth-conrad-rich/
Click to expand...
snopes

kane said:
Howid, you got your tin foil hat on?
Click to expand...
I think howid has stock in Reynold Wrap.

Based on howid's (apparent) mindset:

Anytime a 98-year-old person dies in the remotest part of China, it is another addition to the "Clinton body count".
H

Based on howid's (apparent) mindset:

Anytime a 98-year-old person dies in the remotest part of China, it is another addition to the "Clinton body count".
Click to expand...

only if snopes denies it
K

kane said:
This is coming from someone who takes what the National Enquirer says as fact. Howid doesn't believe Snopes, but he believes the Enquirer, holy fuck
Click to expand...
let me know when you see something in the enquirer that isn't true.
M

Actually,you libtards are wrong as usual,the enquirer has broke many stories and has been right more often than not
K

howid said:
let me know when you see something in the enquirer that isn't true.
Click to expand...
Congrats on what might be the post of the year
K

What do you mean? In Men In Black... Kay: We're gonna check the hot sheets. [Kay pulls up to a newsstand and buys a pile of supermarket tabloids]
Jay: THESE are the hot sheets?
Kay: Best investigative reporting on the planet. But go ahead, read the New York Times if you want. They get lucky sometimes.
M

Hillary will win over 44 states!
H

Joeaveragefan said:
What do you mean? In Men In Black... Kay: We're gonna check the hot sheets. [Kay pulls up to a newsstand and buys a pile of supermarket tabloids]
Jay: THESE are the hot sheets?
Kay: Best investigative reporting on the planet. But go ahead, read the New York Times if you want. They get lucky sometimes.
Click to expand...

So maybe this is nothing. Then again, maybe not. At some point, even the most diehard HC fan has to wonder about all those mysterious "disappearances", or "suicides" or deaths from natural causes. Odd to have a robbery and the victim is killed, but nothing is stolen.
H

hillary and bill have between them raped and killed at least in low triple digits.

trump makes one loose comment... guess what, trump in the dangerous one.

Not one mention of her most famous hit. 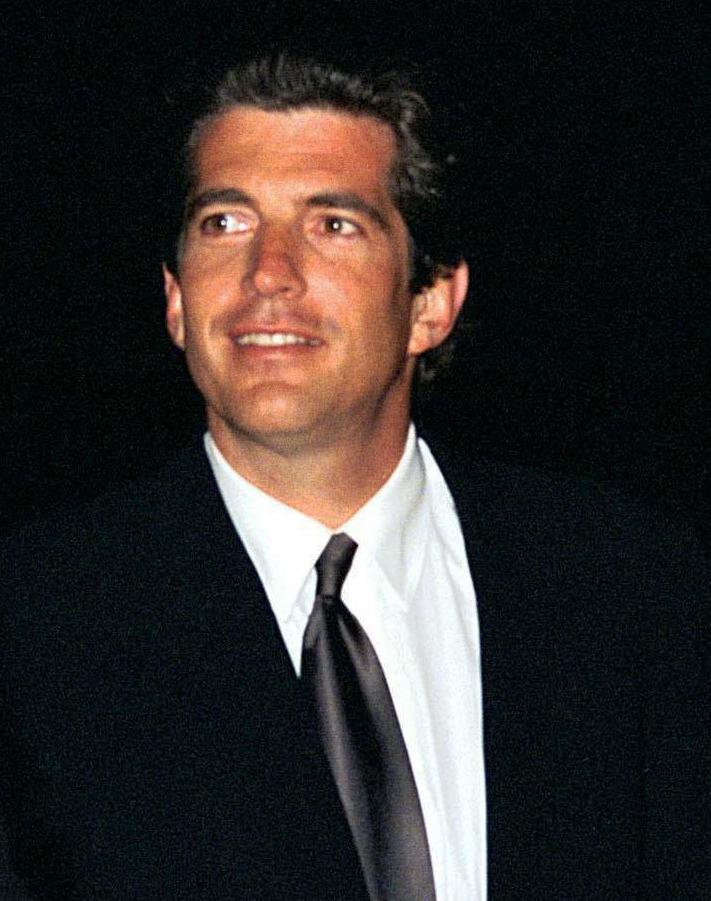 howid said:
hillary and bill have between them raped and killed at least in low triple digits.

trump makes one loose comment... guess what, trump in the dangerous one.

Thank you for not charging us $10,000,000 for your party acceptance speech in Philly!

My neighbor's dog ran into the street and got clipped by a car 5 years ago.

He is dead now. The car had NY plates.

Add to the body count.

El Chapo said:
My neighbor's dog ran into the street and got clipped by a car 5 years ago.

He is dead now. The car had NY plates.

Add to the body count.
Click to expand...
My Friend's cat died last month. My Friend once visited someone in Chappaqua, a few hundred yards from where the Clintons live. Hillary got another one.

And, here's another one!

Eberwein was supposed to appear before the Haitian Senate’s Ethics and Anti-Corruption Commission next Tuesday - he was expected to testify that the Clinton Foundation misappropriated Haiti earthquake donations from international donors... but clearly decided that shooting himself in the head was a better option.

From and see also:

the reason ''no reasonable prosecutor'' will touch her case is ... almost all fear for their lives.

My old police Academy instructor once told me "justice is a blind bitch that the pigeons shit on."
Click to expand...
During and after his government tenure, Eberwein faced allegations of fraud and corruption on how the agency he headed administered funds. Among the issues was FAES’ oversight of the shoddy construction of several schools built after Haiti’s devastating Jan. 12, 2010, earthquake. But, according to Eberwein, it was the Clinton Foundation who was deeply in the wrong – ...

According to Eberwein, a paltry 0.6 percent of donations granted by international donors to the Clinton Foundation with the express purpose of directly assisting Haitians actually ended up in the hands of Haitian organizations. A further 9.6 percent ended up with the Haitian government. The remaining 89.8 percent – or $5.4 billion – was funneled to non-Haitian organizations. –WND

Eberwein was expected to testify against the Clinton Foundation in court and ends up committing suicide shortly before. Where have we heard this before?

From and read more at:
http://www.zerohedge.com/news/2017-07-16/haiti-official-who-exposed-clinton-foundation-found-dead
R

Must be yet "another" coincidence.

If you know the Clinton family personally, you should wear a 24/7 body cam.
R 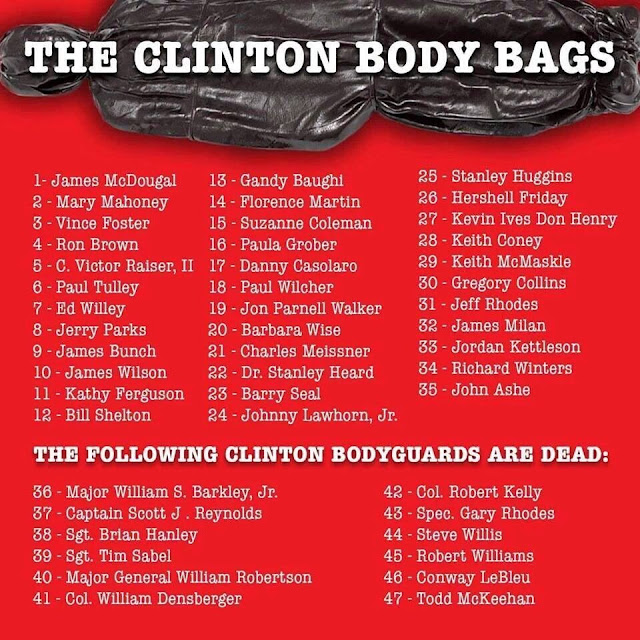 Did Peter W. Smith & Trump Know Each Other? The GOP Operative Was A Vocal Supporter


Mark Wilson/Getty Images News/Getty Images
SHARE
ByPRISCILLA TOTIYAPUNGPRASERT3 days ago
In the same week in which Donald Trump Jr. admitted to working with Russia to collect incriminating information against Hillary Clinton, another potential link in the Trump-Russia probe has resurfaced: It was revealed that GOP operative Peter W. Smith did not die of natural causes but suicide after trying to get Hillary Clinton’s missing emails from Russian hackers. Although Smith insisted that he worked independently, the financier later claimed he had ties to the Trump campaign. Bustle has reached out to the Trump administration for comment.


Smith was an investment banker, Trump supporter and Republican researcher who was thought to have died of natural causes until the Chicago Tribune obtained his Minnesota state death record. Prior to his recent political involvement, he was known for facilitating and funding an effort to discredit former President Bill Clinton with unproven allegations that Clinton used state troopers to procure extramarital trysts.


He also started a blog in November 2016 and in the time leading up to his death, wrote blog posts and tweeted his approval of the Trump team and opinion that Russia did not interfere with the election. His website is currently down, but cached pages show that he was actively blogging the day before he died. Smith's suicide note states no foul play was involved.


In his May interview with the The Wall Street Journal, where Smith first confirmed his attempt to connect with Russian hackers, he claimed that one of his allies was a Trump's top campaign adviser, retired Lt. Gen. Michael Flynn.


The Justice Department also found reports that link Flynn to Russian hackers. U.S. intelligence had intercepted the communication while investigating Russia's alleged interference in the U.S. election. The reports describe Russian hackers trying to obtain the same emails that Smith was searching for, with the intention of transmitting the content to Flynn through an intermediary. The investigation does not confirm Smith is that intermediary, however.


In addition to his relationship with Flynn, Smith has other possible connections to the Trump campaign. He was an enthusiastic supporter and financial backer of former House Speaker Newt Gringich, one of Trump's key and earliest advisers.


When Smith's own inbox was hacked, his emails revealed that he was conspiring to oust House Speaker Paul Ryan in collaboration with Matt Boyle, a political editor from far-right news outlet Breibart. Critics have called Breibart a Trump mouthpiece.


Smith also tried to recruit other members of Trump's circle alongside Flynn to join his Clinton email operation: White House Chief Strategist Steve Bannon, Counselor to the President Kellyanne Conway, and Trump campaign aide Sam Clovis, The Wall Street Journal reported. Bannon, Conway, and Clovis have either denied or not confirmed this.


Requesting stolen emails can be a cause for prosecution, and those involved with Smith's operation of illegally obtaining and transmitting hacked information could face felony charges. For now, the Trump-Russia investigation continues.

Just a coincidence, I'm sure. Even the Clintons would laugh at that one.
R