#3
Happy Thanksgiving to all.

12 pm EST/9 pm PST (ESPN, WatchESPN)—It was either Penn State over Rutgers (-41) or #3 Clemson over South Carolina (-27) in this spot on Saturday and with the Nittany Lions more apt to simply lay down and not crush its poor opponent for maybe 15-20 minutes, backing Trevor Lawrence (Field 10/1 to win Heisman Trophy, Westgate Las Vegas SuperBook) and the motivated Tigers who have been playing some great football of late and covering ATS along the way (7-2 ATS L9). Clemson (11-0 SU, 8-3 ATS) is a profitable 17-5-1 ATS its L23 lined games (77.3%).

South Carolina played a lights out game at #4 Georgia in NCAAF Week 7, upsetting the Dawgs 20-17 in Athens and putting a big Garnet and Black dent in Georgia’s CFP hopes although a win vs LSU in the SEC title tilt next Saturday (Dec 7) should be the Bulldogs ticket to the No. 4 spot and a likely date with Ohio State in a CFP Semifinal. Here at Williams-Brice Stadium (Grass) in Columbia, SC, the onus will be on the Gamecocks to try to stop the high-powered Clemson Offense which features one of the best NFL prospects in RB Travis Etienne (1,335 yards, 14 TD, 8.7 ypc).

Clemson (9/4 to win 2020 CFP Championship Game, SuperBook) has no real weaknesses, with the #2 ranked Scoring Defense (10.7 ppg) but one thing we can expect to happen here is SC trying to make the game shorter, The L3 Gamecocks games have seen just 36, 35 and 31 points while Clemson has scored 59, 59, 55 and 52 points its L4 outings and have the #4 Scoring Offense in the FBS with a 45.9 ppg average. But the series Trends support backing South Carolina here with the Gamecocks 7-3 ATS the L10 and 5-1 ATS the L6 at Williams-Brice. I piss on your Science this handicap and stick (mostly) with the Art because only a foo steps in front of a freight train.. 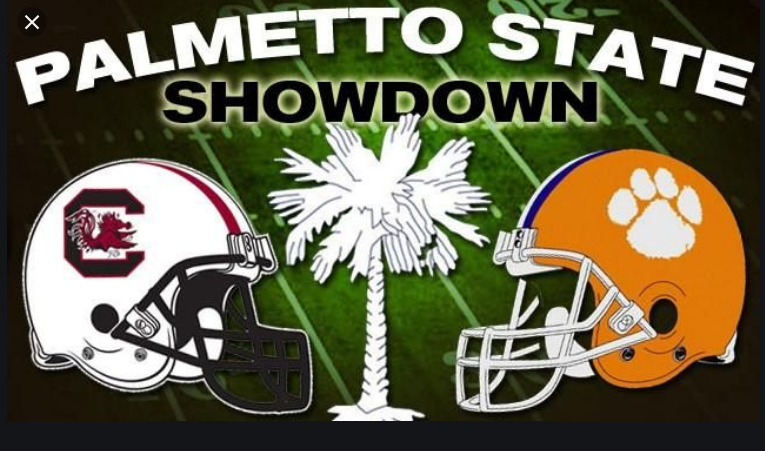 Like Patriots HC Bill Bellichick, Dabo Swinney (83-60-3 ATS) helps guide his team through the calendar year with the months of December and January when the best Football is expected to be played. Clemson last Loss in December may have come back in 2014 at Georgia Tech when the Yellow Jackets still had some sting, so anyone thinking the Point Spread here is off is off in my opinion. If anything is off, it’s the Total here at 51 (60 sounds saner). But I don’t make odds, I make lengthy Sentences with many weird words capitalized and wonderful Picks most ignore based on a provided Final Score. I get it.

This one starts early—the TWC forecast for Columbia on Saturday calls for a mix of Clouds and Sunshine with little Wind and a High of 63° despite the passing storms to the northeast and west—so some sluggishness and Gamecocks Hope may spurt for 10 minutes before Clemson opens up a big Orange can of whoomp ass on the poor hosts, silencing the crowd and reminding them not only who’s the best NCAAF team in the Palmetto State, but also in the entire land. Meow. If the words sound queer and funny to your ear, a little bit jumbled and jivey Sing "Mares eat oats and does eat oats and little lambs eat ivy."