A Wheelbarrow for my Balls

1 pm EST/10 am PST (CBS)—The Bills (6-2 SU, 5-3 ATS) are at FirstEnergy Stadium (Kentucky Bluegrass) in Cleveland on Sunday to face the Browns (2-6 SU/ATS) in an AFC inter-divisional battle from O-hi-o much more important to the hosts who could essentially be out of it (Playoff race) with a Loss to Josh Allen, Frank Gore and Buffalo (158 PF-131 PA) who are a perfect 3-0 ATS on the Road this Regular Season heading into this NFL Week 10 matchup.

RB Gore will soon pass Barry Sanders on the all-time NFL Rushing Leaders list and Allen has stepped in admirably, targeting WRs John Brown (#25 in Receiving Leader) and Cole Beasley who have combined for 77 Receptions for 940 yards, 5 TDs and maybe most importantly, 51 First Downs. Here, the Browns (-2½ to -3, Thursday) probably shouldn’t be favored by anyone with Reality swallowing Hype once again with Cleveland sitting at 2-6 (SU) when around three months ago, many lemmings were getting on the Browns Bandwagon as the club added some new names and imagined how good it would be if all these guys had career years in the Here and Now.

Poor Nick Chubb. And poor Baker Mayfield. He had his career year last season and then the franchise brought in The Ego of WR Odell Beckham (39/575/TD), the 33rd leading Receiver in the NFL, behind Panthers RB Christian McCaffrey (#29) who has 42 catches for 363 yards and 3 TDs out of the Carolina backfield. With Mayfield (7 TDs/12 INTs) finding out how hard the NFL can be, the Pressure is on, but at 2-6 it seems like a no-win situation for the former Heisman Trophy winner and the Brownies (500/1 to win Super Bowl, YouWager). If they win, they’re still only sitting at 3-6.

The Bills (90/1 to win Super Bowl, Bookmaker), on the other hand, just won’t want to lose here and the fact that Cleveland is favored by as much as 3 right now still does not compute. Maybe Site + Sheer Desperation = 3 points? This seems like it could be be a low-scoring game and the TWC Forecast for Cleveland on Sunday is calling for Mostly Cloudy Skies with a High of 51° with heavy SW Winds of 15-25 mph that will affect passes of 10 yards or more up-field and all kicks if at least 20 mph at gametime. The Total currently sits at 40 everywhere down from 42½.

The series Trends show CB Tre’Davious White (3 INT) and Buffalo to be 4-1 ATS the L5 meetings, beating the Browns 33-13 as 10½-point Home Chalks the last time they met (2016) and backing the Browns at the betting window since 2015 has been disastrous with Cleveland going 26-46 ATS (36.1%), the worst mark in the NFL. Electromagnetic radiation emits atomic electrons to form waves which make loud Booms. Right now, the 3’s Offshore are slim while almost all of the sportsbooks here in decrepit but glitzy Las Vegas where 3’s dominate the VegasInsider odds screen with only betMGM and Treasure Island hanging 2½’s on this beautiful Weather day.

Grabbing a 3 will likely be “the best of it” for Bills backers, so shopping for the best out with the lowest juice is the idea behind the Best Bets thread pick. And the Westgate Las Vegas SuperBook has the Bills +3 juiced at -110 although having a Phone Account would probably be the only way of getting action down with the SEMA show making Joe Brown Drive as accessible as that big-ass face of a Pleiadian Elder in Antarctica these days. I think Buffalo wins this one outright in the cold November winds in a controversial muddle. 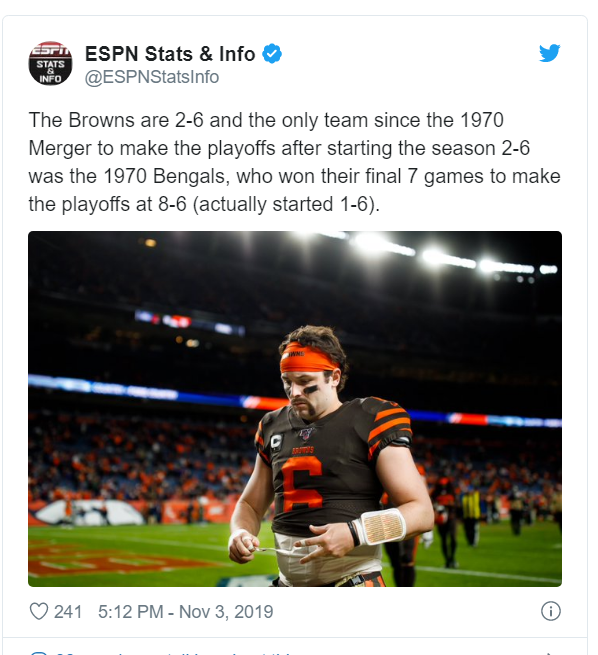 Play #5 this week on a stellar PL card

Staff member
#17
Great job this past weekend with all those UFC winners, SMARTZ.

#18
John Kelly said:
Great job this past weekend with all those UFC winners, SMARTZ.
Click to expand...
Followed it up with a tampa bay bucs implosion

#20
For Saturday, OU team total, like it alot so fade away GL