#4
Early Game: 628 Northeastern/Drake Under 134 widely available
I’d be surprised if it gets over 120

3 pm EST/12 pm PST (B/R Live, TUDNxtra)—It’s Matchday 5 in the UEFA Champions League and Ligue 1 side LOSC Lille will welcome Ajax Amsterdam to Stade Pierre-Mauroy (AirFibr Hybrid Grass) in Villeneuve-d'Ascq, Lille, France on Wednesday as the 34-time Eredivisie champs look to clinch a spot in the Knockout Phase. When these two met in the Netherlands, Ajax rolled to a 3-0 victory and with Les Dogues (The Great Danes) having already been eliminated from advancing, Ajax should find a way to outscore he hosts here because as I wrote here yesterday, this club just doesn’t lose (much). Not losing is good.

Sportsbooks have Ajax (-115) as rightful Favorites here in this Group H clash from the suburbs of Lille, with host Lille big underdogs (+275, SuperBook) and catering to the big Brazilian baby that has become Neymar. The Total of 3o -125 reflects a likely high-scoring game and Ajax have scored 4 goals in its L5 matches with Lille winless and reeling in its L4 with star Neymar wondering why he left Spain and Messi. Oh yeah, Money and Ego. That’s why. My bad.

With just 1 point in the group and a 10th-place standing in the already over (PSG) Ligue 1, Lille will likely give up the first goal in the first 15 minutes with Dušan Tadić (6 goals, 2018-19 UEFA CL), Quincy Promes (10 goals Eredivisie) or Zakaria Labyad possibly notching that first tally. “If we had not had George Washington, we might not have won the Revolutionary War,” wise man David M. Rubenstein is saying on my HDTV on PBS. We probably owe it to George Washington the dignity to try to save what’s left of this dying republic? Hello? 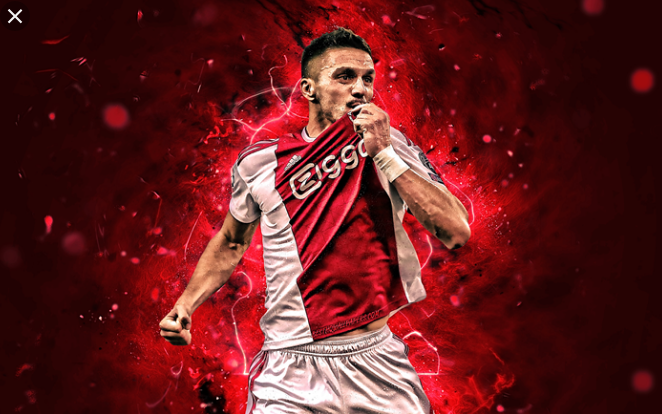 ​
Lifetime, Ajax (7 points) and Lille have only played that one time, and with Chelsea (7 points) and Valencia (7 points) tied atop the group, the Motivation will be there from the visitors, priced at 50/1 in the Futures Book (Westgate Las Vegas SuperBook) and worth a small shot to win the 2020 UEFA Champions League at this point in time as written about with way too many words in this space on Monday. An Ajax win here and the odds may fall to 40-to- 1 to as low as 25-t0-1 in this popular market. I sometimes give Futures tickets as Christmas Gifts and know that the recipients get confused. Women do confuse easily and pretend to get sports betting when they don't. Most women (99.2%).

The NCAAF board looks decent this weekend, so I will try to squeeze in winners in this spot of Cyberspace here on Thursday, Friday and Saturday with the previews published ASAP for the Holiday readers who will probably be dealing with things like Bad Backs and Nasty Weather along with the omnipresent Thanksgiving Angst this week. I have taken my hummingbird feeder down like 30+ times this calendar year—a reflection of the now common high winds and changing Climate only seemingly iditoic old [R]’s try to ignore or justify.

If you are too fucking dumb to see that the ice is melting and that the Climate has changed I shall not waste my precious Time on your lame narrative(s). Have you looked at the latest CO2 levels? (Another record.) And have you noticed that most Conservative [R]’s seem to think the same about everything? Very cult-y, brah. It’s like they have a playbook (Rush Fucking Limbaugh). God bless the Moderate [R]’s. Anyway, I will not pray to an invisible being in hopes that we’ll all get smart soon, but I will continue to hope that the USA—my home—pulls through this divisive nightmare and provide daily quality picks in this spot on eog as long as I can. I know you’re not all assholes. 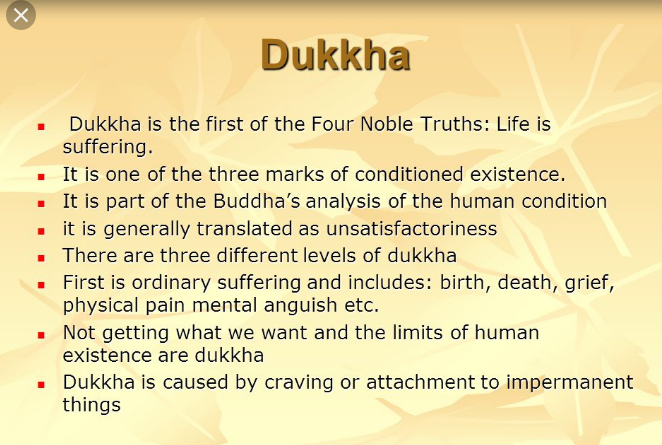 ​
In Buddhism, Duḥkha teaches about Suffering, but the more proper translation is about a “fundamental unsatisfactoriness and painfulness of mundane life.” We should all get that. I do. We gamble on Horses, cars doing circles and men jumping and trying to put balls through hoops. We simply entertain ourselves to death through Sports Gambling and websites so we don’t have to stop and look at the Worldwide Car Crash. It’s out there and it’s ugly. And, fuck 5Dimes.

Seventy-five percent of Las Vegans don’t retrieve lost pets after the Fourth of July and workers at the local animal shelter wouldn’t let volunteers kill Black Widow spiders in dog’s kennels because they were so full of themselves. Fucking volunteers, trying to do good things with their Time. Shameful. I wrote Las Vegas Mayor (Carolyn) Goodman and told her I was embarrassed of Sin City because of that. But I have abandoned my email from the phoniness all around. I hope Thanksgiving is decent his year, but fear more of the same BS in the season where we see the Anglo-Saxon husband buying two cars for Christmas! Petrified porpoise pus? Life is suffering. Death (Afterlife) is simply Home. 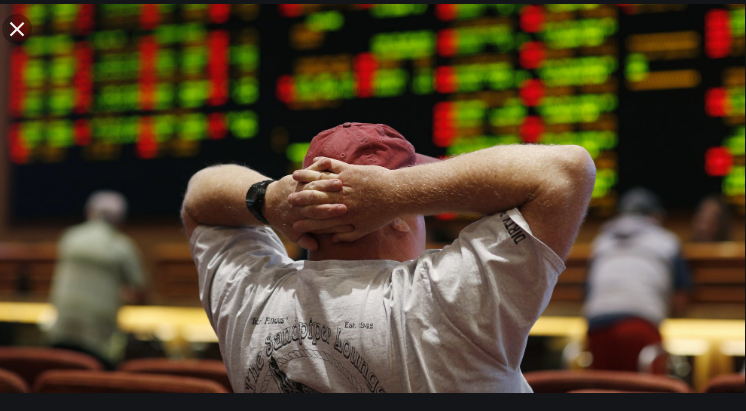 ​
This stupid pipe dream they annually sell on our TV’s has become beyond irrational and they act like everyone everywhere is filthy rich. We are not. But if this gap between he Haves and the Have-Nots gets any worse, don’t expect he Have-Nots to give a flying fuck, especially if we continue to act like this Dork is a King. He is not our King. He’s just an egomaniacal yellow-haired asshole that just broke the world’s record for Lies this past weekend, keeping the chirpy states of New York and New Jersey firmly entrenched on the USA Asshole Map.

If you don’t think we’ll pay for this, wait a couple of years. Words like these could not be written in my SportsbookReview previews as The Powers That Be wouldn’t have understood how they fit in. And they didn’t. So they were/are probably right. But they give 5Dimes an A+ every fucking month like Oprah is on the cover of O magazine every fucking month so something stinks down in Costa Rica. Props again to all those here saying “why” they like their picks. “Why” matters. I apologize for using an exclamation mark above. It may be my one third here. 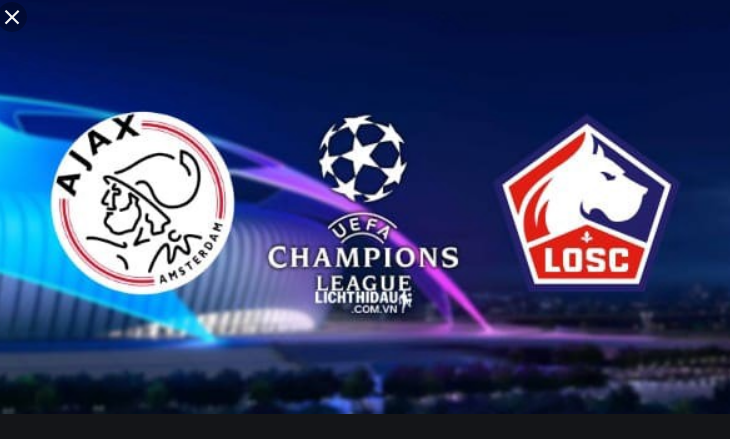 #15
>Posting on Tuesday night for Thursday spot for Saturday game with a 10½ Offshore...

4 pm EST/1 pm PST (FCBK)—It is too hard to fade auto-fade Chicago State vs Jacksonville State in NCAAB on Friday, so it’s back to Saturday's NCAAF board and the Utah State vs New Mexico State MWC game from Dreamstyle (University) Stadium (Turf) in Albuquerque to back the chalks once again. Chicago State—still (correctly) last in KenPom’s rankings (#353) despite the Cougars 3-4 SU Record—may lose by 20 or more to the Gamecocks (1-3 SU, #230 KenPom), but I have no feel for that matchup while this NM-USU game jumped out at me on the FBS slate.

​
New Mexico said earlier this week that it would be parting ways with HC Bob Davies (41-51-1 ATS), so Los Lobos may have a little more pump in their rump but they’ve allowed 32.6 ppg while scoring just 22.0 while the Aggies (6-5 ATS) have a -2.0 ppg differential while suffering one of their worst recent seasons behind mediocre QB Jordan Love (14 TD/15 INT, 49.9 QBR, #88) and with some big players from the 2018 USU squad gone. But still, Love should throw for almost 400 yards in this spot as he and WR Siaosi Mariner (7 TD), RB George Bright (7 TD) and the rest of the visiting team explode after such a rough recent schedule (AFA-BYU-FRESNO ST-WYO-BOISE ST).

The Cherry and Silver have been without both QB Sheriron Jones (Suspension) and RB Ahmari Davis (Knee) meaning Long Beach, CA native Tevaka Tuioti (7 TD/6 INT) to the rescue, but New Mexico has only scored 41 points in its L3 (22-9-10) while Utah State has scored 84 in shootout-type games in all three, so turning down the heat may be hard for the Aggies O and they could top the 40-point mark. The Point Spread in this is now (Tuesday night, 6:30 pm PST) 10½ at Pinnacle so I have switched Georgia to the Friday spot, for which this was originally written. Hard to see this line dipping below 11 as Father Time ticks... 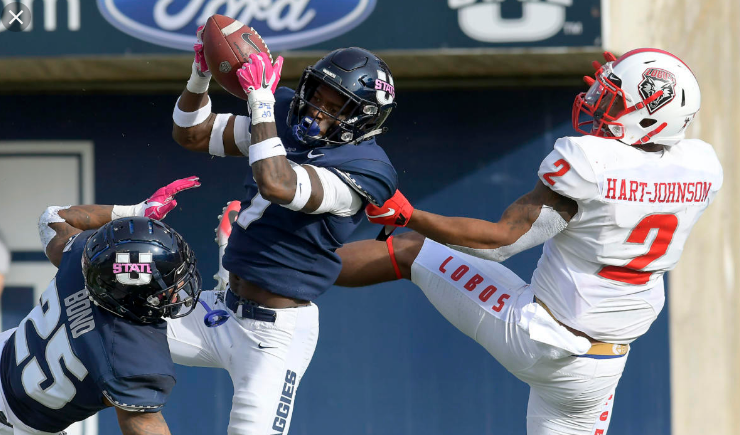 I was on the Leaves each game so far with a new HC and that makes me 2-0 +2.09 units. You play ON a team with a new HC and if the first play wins you keep "riding the horse" until it "throws you off." Can't play the Leaves on the ML cuz just not gonna lay -200 and even a 60-minute win is -130 so I'll play the PL and hope they get their 3rd straight 2+ goal win. If so you know what my play will be Friday when they make the short trip to Buffalo.

Staff member
#20
Thanks for sharing, Cho.