#1
Tony Kornheiser, host of ESPN?s weekday show Pardon The Interruption, has been suspended from the network for two weeks starting Monday, after bad-mouthing Hannah Storm?s choice of clothing, according to USA Today. On Friday, Kornheiser called what the ESPN anchor wore a ?horrifying outfit? with ?red go-go boots? and a skirt that was ?way too short for somebody her age.? He added: ?She?s what I would call a Holden Caulfield fantasy at this point.? Kornheiser made the comments Friday on ESPN?s Washington, D.C., affiliate. ESPN executive vice president John Skipper said in a statement that the comments were ?entirely inappropriate. Hurtful and personal comments such as these are not acceptable and have significant consequences.? Since the incident, Kornheiser has both apologize on-air as well as to Storm personally and said that he wouldn?t be talking about the mishap in interviews.


--Comments weren't even that bad. :hangt

#2
Re: LOL Wait- they suspended Kornheiser?

ESPN is run by jerks who are clueless. One of the head guys there is Norby Williamson who is one of the world's biggest MOTHERFUCKERS - EVER! I know from firsthand experience. ESPN (mis)Mgmt should leave alone PTI - it is the BEST show they have and really the ONLY show worth watching

#3
Re: LOL Wait- they suspended Kornheiser?

eh, i think he went over the line

and plus, given thats its a man over woman comment, it gets treated more sensitively (fair or unfair)

#4
Re: LOL Wait- they suspended Kornheiser?

#5
Re: LOL Wait- they suspended Kornheiser?

#6
Re: LOL Wait- they suspended Kornheiser?

Kornheiser sucks. PTI is a pile of crap, Wilbon is ok.

#7
Re: LOL Wait- they suspended Kornheiser?

That is total BS, he comments that the woman wearing a miniskirt is not professional and he gets suspended. Unbelievable!!!

#8
Re: LOL Wait- they suspended Kornheiser?

#9
Re: LOL Wait- they suspended Kornheiser?

#10
Re: LOL Wait- they suspended Kornheiser?

TheWinkster said:
ESPN is run by jerks who are clueless. One of the head guys there is Norby Williamson who is one of the world's biggest MOTHERFUCKERS - EVER! I know from firsthand experience. ESPN (mis)Mgmt should leave alone PTI - it is the BEST show they have and really the ONLY show worth watching
Click to expand...
mofome said:
Tony is hilarious. ESPN stinks.
Click to expand...
Another one bites the dust,for saying something that offended a friend of the Disney owned ESPN network[BTW a Bud Selig statue? WTF]: 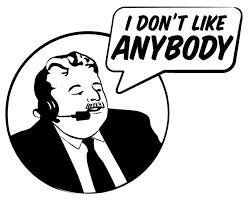 For the past three years, Peter Pascarelli made up one half of the most entertaining baseball show on radio. To the delight of baseball fans throughout the world, Pascarelli bounced his visceral cynicism off straight man Erick Karabell once a week as part of ESPN?s podcast show Baseball Today. Two weeks ago, Pascarelli?s free-wheeling style got him bounced right off the show.

It seems that the Milwaukee Brewers have decided to pay homage to ex-owner and current Major League Baseball (MLB) Commissioner Bud Selig by constructing a statue of him in his honor. This is an event so ludicrous, so self indulgent, so representative of all that is wrong in baseball today that it begged for Pascarelli to indulge in his cynical black arts. Near the end of the show, he suggested that the Selig statue would serve best as ??a good target for pigeons all over Wisconsin.? 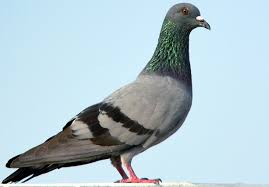 Pure Pascarelli! Most baseball announcers tread lightly, fearful that an honest assessment of a player, manager or team might spell the end of their career prospects. As a result, baseball commentary usually oscillates between bland nothingness and home-town rooting. Not so for Pascarelli. He is a baseball insider unafraid to speak the truth, regardless of the popularity or power wielded by his subject. In fact, popularity and power seem to attract the most stinging rebukes from the mouth of this sports announcing enigma.

Karabell, his partner, was there to pick up the pieces. Always smoothing out the edges of a nasty comment about A-Rod or a dig on the Mets management. But, nothing could help this time. A forced confession, in 1930s Soviet show trial style, was delivered on-air the following week by a humbled Pascarelli. And then, much like any authoritarian political regime, he was disappeared. Gone at the order of ESPN management, certainly either under orders or pressure from the commissioner?s office.

To make matters worse, he was replaced by Seth Everett, a reporter drone undoubtedly selected for the fact that he once worked in the Commissioner?s office. Karabell attempted to solider on, providing an uncomfortable note of thanks to Pascarelli and the clearly false explanation that he had ?moved on to work on other projects at ESPN.? The rest of the show was an excruciating experience in political correctness, with Everett and Karabell pledging to be edgy and critical, yet offering mostly vanilla observations.

Peter Pascarelli made me laugh. He said what is on the minds of real baseball fans when we gather for a beer or sneak in a conversation during the work day. He was our voice. His honesty, his cynicism and his clear passion to defend the way the game should be played, provided some hope for honesty in era where baseball has gone corporate. Silencing his voice diminishes our national pastime and moves us one more step away from freedom of speech and the press. Bring back Pascarelli!

#11
Re: LOL Wait- they suspended Kornheiser?

he suggested that the Selig statue would serve best as “…a good target for pigeons all over Wisconsin.”