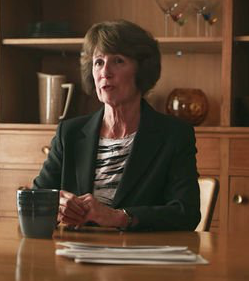 In "Conversations with a Killer: The Ted Bundy Tapes," former FBI Special Agent Kathleen McChesney revealed on camera how the federal investigation of the serial killer got started. A woman called and said, "I'm concerned about my boyfriend -- his name is Ted Bundy."


The girlfriend proceeded to detail Bundy's suspicious behavior that included following women around at night, hiding a knife in his car and keeping a bag of women's underwear in his apartment.


McChesney, who was on the task force that arrested Bundy, rose to become the only female FBI agent appointed to be the bureau's executive assistant director. Her credibility was such that in 2002, in the wake of the widespread sex abuse scandal involving the Catholic clergy, the U.S. Conference of Bishops hired McChesney to establish and lead its Office of Child and Youth Protection. She's also the author of a 2011 book, "Pick Up Your Own Brass: Leadership the FBI Way."


But now the decorated former FBI special agent is drawing unwanted attention for another book she wrote -- an unpublished, confidential 79-page diary written in 2011 and 2012, back when McChesney was a private investigator working for her old boss, former FBI Director Louis Freeh. At the time, Freeh was getting paid $8 million by Penn State to probe another notorious sex scandal involving former assistant football coach Jerry Sandusky. 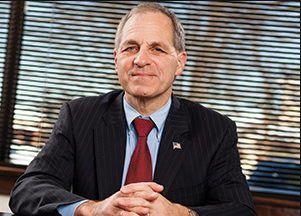 Al Lindsay, the defense lawyer for Jerry Sandusky, was an avid reader of McChesney's diary.

"I have found the matter very interesting and it's worthy of further investigation," he said. "From what I understand, the diary details disclosure of information by the [Pennsylvania state] attorney general's office to the Freeh investigation, which would appear to be in violation of law."

"It's a diary detailing blatant collusion, corruption and major violations of grand jury secrecy, with an outline of personal gain, authored by a person operating under self-imagined impunity," Snedden wrote in an email. As far as Snedden is concerned, the diary shows that the Freeh Group's intent during the Penn State investigation "was to ingratiate themselves with the NCAA," to gain a lucrative client.

Under Pennsylvania state law, grand jury proceedings are supposed to be kept secret. At the time of the Penn State investigation, McChesney and her boss, former FBI Director Freeh, were functioning as private investigators, and as such, did not have authorization to access grand jury information.


McChesney did not respond to written requests for comment. In 2018, when I questioned Freeh about whether he had authorization to access grand jury secrets, the former FBI director, through a spokesperson, declined comment.