Won’t get to watch because our local tv station (Altitude) is in a dispute with the cable companies. They better get this shit figured out before Nuggets season.
B

8 pm EDT/5 pm PDT (CBSSN, DirecTV 221)—The number in this one has gone down from Colorado State (minus) 7 to 3 with Rams QB Collin Hill (Torn ACL Left Knee) Out for the third time with the same injury to the same body part. But this Pick is more Art (75%) than Science (25%) with thoughts that despite CSU’s regression, these two MWC teams are still at different levels.

After Hill was injured against Arkansas, redshirt JR Patrick O’Brien came in and played admirably against the Razorbacks, ending with 10 completions for 106 yards and a TD. Since then, O’Brien—a transfer from Nebraska—has thrown for 974 yards but only 3 TDs with 2 INTs and a 52.9 QBR (#77 FBS). Behind O’Brien is redshirt JR Justice McCoy. After facing Arkansas, Toledo, Utah St and San Diego St, all Losses, CSU’s Power Ratings and Perceptions have slid for many. Then, toss in the starting QB going out for the year, and you have a seemingly small number for Road chalk CSU (1-5 SU, 3-2 ATS) against New Mexico (2-3 SU/ATS) at Dreamstyle (formerly University) Stadium (FieldTurf) in Albuquerque on Friday night (Total 66½).

Expectations (Art) and Strength of Schedule (Science) would be the two things I’d weigh heaviest here with CSU 19-6 SU the L25 meetings (15-9 ATS) since 1992) and generally considered an average to decent team the L20 years while NM has definitely bordered, and still may be, living in Rat range. New Mexico has played NMS-FCS LIB-SJS its L3 games while CSU has had to bang helmets with TOL-USU-SDS, a huge difference in talent levels. 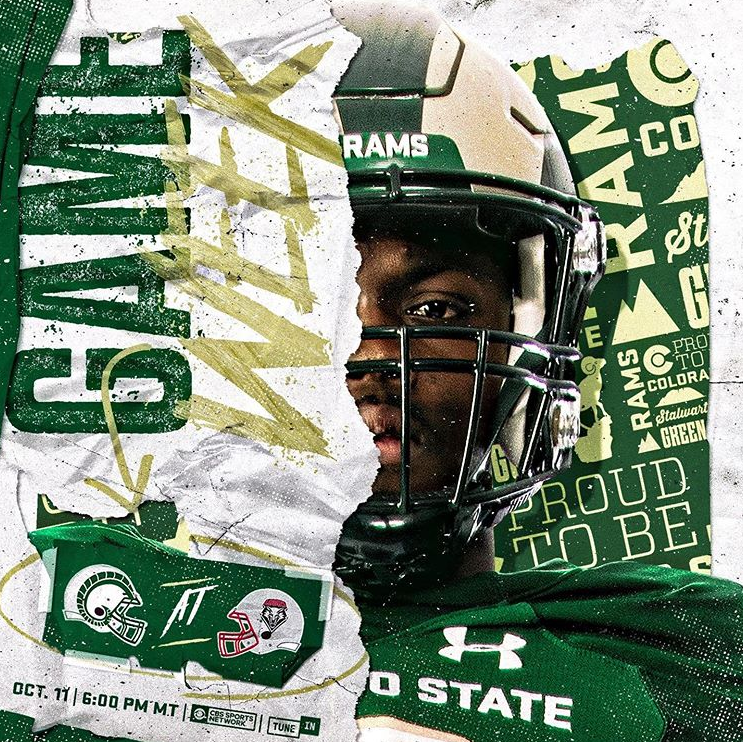 CSU’s (2-0 SU vs NM L2 years) lone Win in 2019 is vs FCS Western Illinois while NM’s two Wins came against FCS Sam Houston State in the opener and vs Land Of Enchantment rivals New Mexico State, 55-52 in a thriller in the annual Rio Grande Rivalry in ABQ in which the Lobos held off the Aggies, so, this is where the rubber hits the road for both teams with MWC play kicking into high gear.

The Rams, better in past seasons, are a profitable 8-4 ATS the L12 at Albuquerque and 5-1 ATS the L6 series meetings, beating NM as 2-point Underdogs at Home last season (20-18) but only beating Los Lobos, 27-24 as 10-point chalks the last time they played at 1111 University Boulevard SE (2017). Los Lobos (9-15 ATS vs CSU since 1992) are coming in 15-24 ATS their L39 (38.5%) and with the Rams having so few opportunities for Wins and really needing one here, they should play an aggressive Offensive game and be able to outscore Sheriron Jones and the hosts by double digits. CSU may be a good Teaser starter also, at +4 after applying +7 to the current predominant (-) 3’s on the betting board. New Mexico scares nobody. Ask Liberty.

Won’t get to watch because our local tv station (Altitude) is in a dispute with the cable companies. They better get this shit figured out before Nuggets season.
Click to expand...
https://www.denverpost.com/2019/10/03/avalanche-flames-altitude-tv-dispute/

Those interested in this game will want to, or probably already know, that Carolina HC Rod Brind’Amour has alternated starting G’s with James Reimer (2.42 GAA) going Games 2 and 4 and Petr Mrázek (2.84 GAA) starting Games 1 and 3—both at Home—meaning that the big Czech (6-2, 183 pounds, 103-78-26 career) may be in net. In their last skate, Carolina doubled up Florida, 6-3 at Home in Raleigh as 12 different Carolina players registered a point including last season’s top scorer, Sebastian Aho, who notched his first Goal of the season on an empty-netter while New Kid On The Tar Heel State Ice Ryan Dzingel scored twice.

"We are still in a good spot, and we know we can be better, so we'll go to the drawing board here and get better," Brind’Amour told the press after the victory as his Hurricanes—without RW Jordan Martinoook (Surgery on Friday, Out 6-8 Weeks)—are feeling fine and off to their best start in 24 years.

With Captain Jordan Staal (3 points), Erik Haula (3 goals), Andrei Svechnikov (6 points), Teuvo Teräväinen (5 points), the aforementioned Dzingel (4 points) and Dougie Hamilton (5 points) all playing well, Carolina (-1½ +161 P/L) sweeping the Isles out of the NHL Playoffs last year and NY having scored just 7 Goals in 3 games, backing the hosts early before the line gets too high makes sense. Go out of your way to help the songbirds.

Carolina has W5 overall vs the Isles and NY is 1-10 L11 vs the Metropolitan Division and 0-6 L6 Fridays. The Hurricanes are tied for the best start in their franchise's history and will definitely want to strut their stuff in front of the Home Raleigh crowd on Friday night when Fan Blood Alcohol Blood Levels are probably around .09 (3 Drinks, 160 pounds) higher, meaning more Noise and higher Expectations. Six of the top 10 attended Hurricanes games have come in 2019. The Hurricanes have their own beer now:

Won’t get to watch because our local tv station (Altitude) is in a dispute with the cable companies. They better get this shit figured out before Nuggets season.
Click to expand...
They won't, Directv trying to put Altitude out of business and Dish trying to get out of carrying any sports teams. Comcast just playing along, most obvious case of collusion you will ever see but not like the Trump administration is ever going to stop it. I just pay for NHL TV and use a VPN, easily pay for it with the savings from cutting the cord and paying less for a streaming service.
You must log in or register to reply here.
Share: Facebook Twitter Google+ Reddit Pinterest Tumblr WhatsApp Email Link
Top