3pm EST/12 pm PST (B/R Live, TUDNxtra)—Backing the Sky Blues on the Handicap line and laying a goal is the Pick in the eog Best Bets thread in this UEFA Champions League Matchday 4 meeting from San Siro (GrassMaster) in Milan on Wednesday. Manchester City (3-0-0, 10 GF-1 GA, +9 GD) won the first meeting ever vs Atalanta (0-0-3, 2 GF-11 GA, -9 GD) in an easy 5-1 romp in Group C play at City of Manchester Stadium on Oct. 22 and the Citizens can clinch a spot in the KO Stage with a Win here in Italy vs La Dea (The Goddess) who are making their Group Stage Debut and still looking for their first point.

The first time these two met, veteran Sergio Agüero had a brace and human lightning bolt Raheem Sterling had a Hat Trick, but one thing to be aware of: Manchester City will play Liverpool (at Anfield) on Sunday (Nov 10), so Manager Pep Guardiola may choose to play some backup guys in this away spot, with Agüero, Sterling, Kevin De Bruyne and starting GK Ederson all potential spectators, but all also available should Pep need them.

Atalanta (6-3-1 in Serie A) can score some Goals, and has notched 2 or more in Serie A play en route to a 3rd-place standing heading into last weekend’s play with Luis Muriel (6 goals), Duván Zapata (6 goals), Alejandro Gómez (4 goals) and Josip Iličić (4 goals) all able to produce for HC Gian Piero Gasperini and Aalanta who are playing in the UEFA CL for the first time ever. So, I Nerazzurri (The Black and Blues) have 2 Champion league goals ever—from Ruslan Malinovskyi on a PK vs MC and their first-ever, from Zapata against Shakhtar Donetsk on Matchday 2—while Sterling had 3 vs them in an 11-minute span of the 2nd Half last time out (58’ 64, 69’). What a man.

Few players are truly worth a goal (+1.0) in Soccer (Messi, CR7, Josef Martínez in MLS), but Sterling and KDB almost (each) are, but it’s no sure thing that they play here at the San Siro. Still, a 1-goal Man City Win (wager) won’t lose and Atalanta, who won’t be in the KO phase, just hasn’t shown enough yet in this group with just 2 fixtures remaining. The hosts may get another score here, but the defending EPL champion Citizens are averaging 3.33 gpg so far and a +3.0 per game, so, decent and almost equal amounts of Art and Science in this eog Best Bets thread European Football handicap. 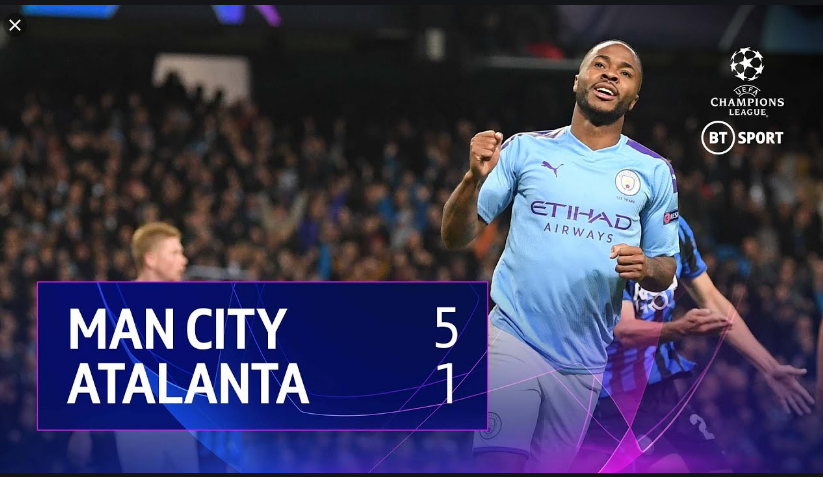 I'm compiling the numbers now for a scoreboard update to be published later tonight.

Hope all is well.

#21
This is BS, JK. Billy Sims. Barr is purposely delaying the IG Report so he can drop the bomb on the 56 year anniversary of JFK's assassination. That's why I added Flynn. Probably will be a third omg. Maybe an indictment. Maybe Julian showing up at the Roger Stone trial. Something. But 100% the FISA report drops on November 22.