I have an explanation why Brady went for a touchdown on 2nd and 3rd down instead of moving the chain to set up a last second fg. He wants to be a hero and he either called the plays hisself or got the offensive coordinator to bend the knee. It may cost TB the game.

Dell Dude said:
Brady will win, Bellicheat will cover. Everybody wins except the betting public.
Click to expand... 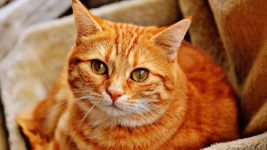 ended the night nicely for me with Pats +7....kitty stays alive in the challenge

Brady should have cost them the game with the 2 hero shot misses. Ended up being Bellicheat. May have still lost but it went 90% plus they would lose when he brought in the soccer player. I'm not going to comment any more. It is what it is. Same as Miami except vs HOF Brady instead of POS Carr.

A final time note. If you are going to kick the fg on 4th down, you run it on 3rd down then fake going for it by lining up so TB does not use a timeout. Then you get the fg with 19 second left. Bellicheat fucked that up every hole. Passing on 3rd down and stopping the clock with an incomplete forces you to go for it because of 59 seconds left.
Last edited: Oct 4, 2021

If anybody is confused who is the Buttfucker. 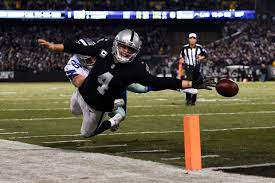 I am guaranteed 4 wins in NFLe rooster. Buttfucker would be 5. Won't be paid until complete. I think he fucks me again. Whatevs.

With this format, no way to cheat unless I make it obvious with 20 Roger Federer vs Mickey Mouse plays. Need to be over 50% so drawing dead late if buried.

Dell, the Niners are a banger, trust me

I like San Fag based on fading the hot trendy team script. Every swinging Johnson will be on Arizona.

Tried 3X to hit an NFLe this and that and nothing but at least I saved some OJ. Let's go 2-0 bases to be in the green.

Khaki man goes down this week

If the fucking Lions got it done, I would have won last night. Them losing left only my fade rooster so I had no choice but to stay with Buttfucker. Lions and over hits, I have a dime refresh and whatever left goes on the Bolts. I went 4-2 (or 2-4). Only outliers, Carolina and raiders.

Tonight is important. For a straight, 2 teamer and 1-0 rooster. Dodgers going to choke again even without Kershkank. Cardinals own them in the playoffs.

That's howid I roll NFLe. This and that. No OJ and if I accidentally win, odds boost.

I made a mistake. Should be under. That's ok. Probably on the wrong side anyway. If Cardinals win, will switch real bet to over. Covered both ways.

JFC. I fucked up twice on total or maybe only once? This thread over, 4 teamer over, 2 teamer under. Shows that I don't even bother capping NFLe. Fake shit league.

The are not going to use regular season extra inning rule of runner on 2nd?

Disgrace if they keep it.

Major League Baseball changed many rules due to the COVID-19 pandemic. Most of them were designed so players and staff would spend less time in crowded dugouts and clubhouses. Seven-inning games in doubleheaders shortened time spent at the ballpark on those days.

Another rule change in 2020 that was kept in 2021 was having a runner placed on second base for every inning of extra-inning games. This rule did shorten games — in the two years, just one game was longer than 13 innings, a 16-inning affair between the Dodgers and Padres this past August 25.

This rule wasn’t used in the 2020 postseason and won’t be used in this year’s postseason either. And, per Maury Brown, it’s gone for good:
Click to expand...