A full and detailed discussion of those two accusers, as well as others, will make your jaw drop as to how rediculous these two are, but more importantly, the motivation behind the take down of Joe

Episode Twelve, Part II The Settlements
With the Benefit of Hindsight...

Zig and Liz take us deep inside the Penn State Board of Trustees and the decisions that were made regarding the "victim" settlements. While Zig steadfastly sticks to his belief that the entire Penn State scandal was a "perfect storm of self interest" and NOT a conspiracy, he does believe that in the end there was a conspiracy to seal the fate of Joe Paterno. We are joined by two former board members and an undercover accuser to help explain it all.Listen on Apple Podcasts: https://podcasts.apple.com/us/podcas...=1000524940378

Only thing I know or Alan Karre is that LIzzy is a hottie.

Liz and Zig dig deep in episode thirteen to explain the nature of today's media and the prioritization of narrative over news. Pack a lunch because episode thirteen is packed with more than five hours worth of Zig's struggles to get members of the media to embrace the actual facts of this case. It won't disappoint.Listen on Apple Podcasts: https://podcasts.apple.com/us/podcas...=1000525596223 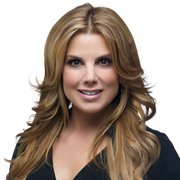 120 MILLION DOLLARS WAS PAID OUT . Largest settlement was I believe 20 million dollars . Is it possible that the young man may have just suppressed his memory of the assault, and the 20 million may have helped him remember?

With The Benefit of Hindsight talks with Dr Elizabeth Loftus a cognitive psychologist and expert on human memoryListen on Apple Podcasts: https://podcasts.apple.com/us/podcas...=1000525295515

Lets change it up a bit


You may not be paying attention to me, but Ill bet you would let her expain to you why Jerry is innocent

1/ AJ Tells the lawyer his story ( all made up ) The attorney, Andrew Shubin completely changes it !

2/ AJ is being manipulated in therapy to be convinced its ok , that he has just repressed his memory of the assualt !

Episode Fourteen: Secret Agent Man
With the Benefit of Hindsight...

AJ Dillen is a former Second Mile kid who saw Jerry Sandusky as a benign father figure. He didn't believe the "victim's" claims of abuse and decided to find out how the system worked for himself by becoming a fake accuser. His story unveils how easy it was to manipulate the system and collect checks from Penn State.
Listen on Apple Podcasts: https://podcasts.apple.com/us/podcast/with-the-benefit-of-hindsight/id1562078872?i=1000526052032

Episode Sixteen: Vindication
With the Benefit of Hindsight...

Zig and Liz summarize the story and the evidence presented in this series. Zig updates us with the latest developments in the case and Liz has some fun hitting John with a bunch of questions about his 10 year odyssey chasing the truth.Listen on Apple Podcasts: https://podcasts.apple.com/us/podcas...=1000527036926
[TABLE] 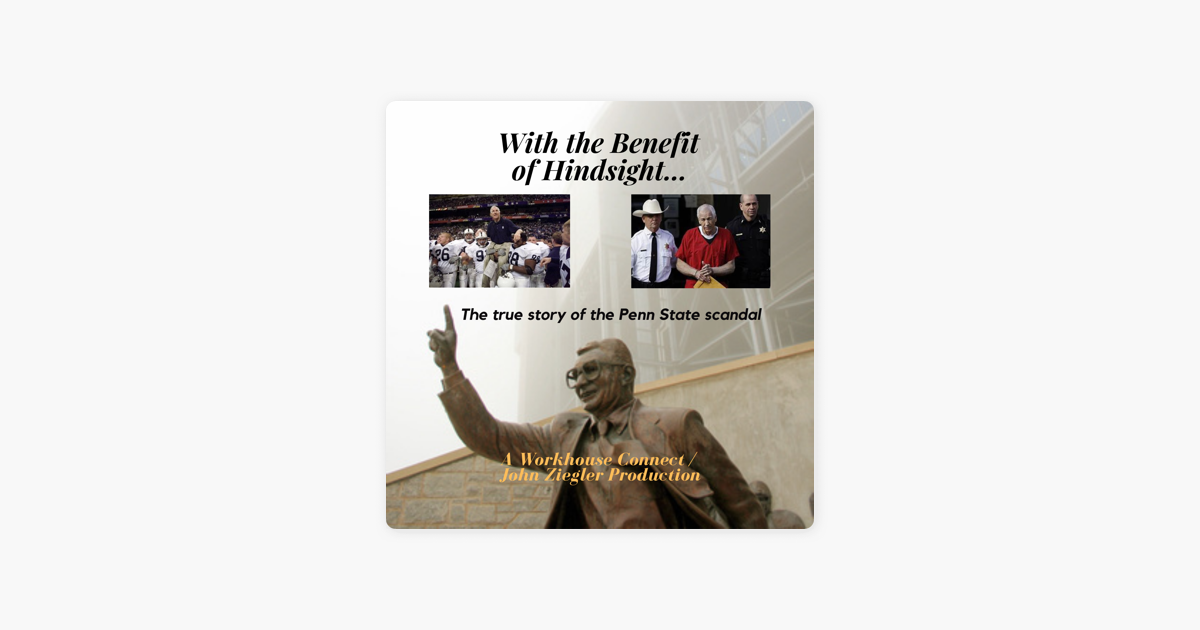 Several years ago, after reading a formidable but neglected book by Mark Pendergrast called The Most Hated Man in America: Jerry Sandusky and the Rush to Judgment, I joined the small group of skeptics who have concluded that America’s paramount sexual villain is nothing of the sort. Sandusky, now 77 years old, has been imprisoned since 2012, but he still insists on his innocence, and–believe it or not–there isn’t a shred of credible evidence that he ever molested anyone. Indeed, it is now known that he was physically as well as morally incapable of doing so.

Frederick Crews is Professor Emeritus of English at the University of California, Berkeley. His most recent book is Freud: The Making of an Illusion (2017).

The Unspeakable Sandusky. Several years ago, after reading a… | by Frederick Crews | Jul, 2021 | Medium

Dell Dude said:
JoPa's record before and after Jerry shows that. Have to check but I don't think any national championships after Jerry. Became a Big Ten also ran.
Click to expand...

Actually had to play a real schedule in the B10 instead of 10 eastern also-rans and Pitt.

if liz was a jew instead of an arab she would be making 10 million a yr at espn, espn only hires their own, if their not shielding themselves with blacks. liz is pretty and smart, something you NEVER see in womens broadcasting.

It would have been nice if his medical records we brought up at trial no??


" then there is the period 2005–2008, when Victims 1 and 9 were purportedly taking turns enduring hundreds of violent assaults, many of them in the Sanduskys’ often crowded home. At that time Jerry, already in his sixties, was suffering from prostatitis, dizzy spells, kidney cysts, a brain aneurysm, a hernia, bleeding hemorrhoids, chest pains, headaches, hypothyroidism, drowsiness, high blood pressure, and sleep apnea–conditions that were unknown to his overmatched defense team at his trial."
But Jerry had another, even more telling, medical deficit that would have forestalled priapic feats. He had been born with vestigial testicles that left him almost devoid of testosterone and, necessarily, less interested in sex than other men. That is one reason among several that no pornography was found in his possession; he was closer to a eunuch than a satyr. Revealingly, his conspicuous deformity went unremarked by every “victim,” including all thirty-six who would eventually divide Penn State’s settlement pie of $118 million.

Very good interview with : Frederick Crews
Professor Emeritus of English at the University of California, Berkeley. His most recent book is Freud: The Making of an Illusion (2017). https://medium.com/@crewsfrederick1/...s-e3e22be8c12e. Put the statue back up !

EJ Sandusky was the first of six children adopted by Dottie and Gerry Sandusky. EJ and his family were certain that his father could not have committed the crimes of which he was accused but they didn't understand they were no longer living in a world of truth and facts. When Jerry was found guilty EJ was forced to relocate and seek a different career path. Ten years later EJ and his wife Heather are inspired to share their story with Zig.
Listen on Apple Podcasts: https://podcasts.apple.com/us/podcast/with-the-benefit-of-hindsight/id1562078872?i=1000540507203
https://twitter.com/brucefan23
John Michael Bailey is an American psychologist, behavioural geneticist, and professor at Northwestern University

Jerry Sandusky is innocent. I don’t think any reasonable person listening to all the evidence that Ziegler presents could come to any other conclusion.

I guess hes pissed . So far, no reply to his offer
B

There is a known history and multiple instances in the U.S. for
Railroading innocent people for heinous sex crimes that never happened .

“There was nothing in the initial report I heard about anything abusive or sexual. I wasn’t told which facility it was, or the time of the day, or anything about the circumstances other than that a member of the athletic department staff was uncomfortable when he saw, indirectly and around the corner, that Jerry Sandusky was “horsing around” with a youth in a locker room facility. That was about all I heard in a 10-minute conversation.

Had I been told anything more than that or suspected child abuse or sexual abuse, of course I would have sprung into action much more aggressively. As a victim myself of child abuse, I have always been very sensitive to such issues, and I would have been greatly disturbed had I ever heard anything along those lines.”

Put the statue back up!


‎With the Benefit of Hindsight...: Episode Eighteen: Silent No More on Apple Podcasts​

10 years ago today, Joe Paterno died a broken man. “With the benefit of hindsight” he was the first victim of this era of “cancel culture,” as the news media turned a story that they didn’t have a clue about, and which had almost nothing to do with him, into a dramatic “Greek Tragedy,” all for ratings.
Here is my documentary film explaining…


Sickening watching this again , the complete ignorance and lack of facts by the media as the story evolved is pathetic and dangerous
Put the Statue back up !


Former NCIS special agent who investigated the Penn State scandal on behalf of the US Govt .

Never heard of him, and never heard anything about the results of the investigation?

Would it not make sense to know either way, since he returned Graham Spanier's national security clearance?

How come he cant buy an interview with any major media ?

Joe Paterno did nothing wrong, because nothing happened

Burn in hell joe paterno....if there is such a place

Listen to the podcast, you will change your tune . Its jaw dropping, shocking information

In preparation for him finally shifting his appeal efforts from state to federal court, Jerry Sandusky asked John Ziegler to write a short summary for him of how and why John became convinced of his innocence (though the federal appeals process will have very little to do with the actual facts of the case against him)..
Here is what Ziegler sent him...

John, when you get a chance, please move this garbage where it belongs, thanks
H

mcqueary said he heard "rhythmic slapping noises" coming from the shower where sandusky was with a young boy.

BTW i met sandusky in late DEC 1994 in LA when penn state was in town for the rose bowl vs oregon.

kane said:
John, when you get a chance, please move this garbage where it belongs, thanks
Click to expand...

You do no such thing, JK. I started this thread for Bruce to give us Ziegler and Sandusky updates. Keep going, Bruce.

Dell Dude said:
You do no such thing, JK. I started this thread for Bruce to give us Ziegler and Sandusky updates. Keep going, Bruce.
Click to expand...

He can give you updates in the asylum, where this garbage belongs

Let me guess, you don't think he raped any of those kids and the whole thing was a hoax

I think his trial was a sham and the media participated like we have seen them do since and still. If he was given a new fair trial, he walks like Kyle. I have no idea if he is guilty. Definitely a creepy fuck. You are supposed to be able to prove guilt by a reasonable doubt not let CNN decide.
H

Dell Dude said:
I think his trial was a sham and the media participated like we have seen them do since and still. If he was given a new fair trial, he walks like Kyle. I have no idea if he is guilty. Definitely a creepy fuck. You are supposed to be able to prove guilt by a reasonable doubt not let CNN decide.
Click to expand...

If Jerry Sandusky is innocent then so are Bill Cosby and Michael Jackson.

homie1975 said:
If Jerry Sandusky is innocent then so are Bill Cosby and Michael Jackson.

I never said anybody is innocent. Michael Jackson for sure not enough to reach a guilty threshold. Cosby, ambivalent. It should be hard to convict somebody. It was too easy with Jerry. I just want a new trial and do it by the book this time. If the conviction is tosses, I think they would decline to prosecute again.

I have lost Faith Hill in the justice system after watching people like Michael Flynn being taken down with a water pistol while guilty as fuck assholes like James Comey write books and make Oh Lordy tweets.

Is there any big story, scandal the past dozen years (can go much farther) the media has come out looking golden? They were right. They were accurate. They were fair and unbiased. They reported crucial details. They made a positive difference. They made an important difference. I only need 1. Bueller? Bueller?

When Jerry Sandusky’s crimes came to light, the world thought it was the first time Joe Paterno and Penn State had faced a serial sexual predator in their midst........ But that was not the case.......